2020 Volunteers of the Month

2020 Volunteer of the Month Award Winners 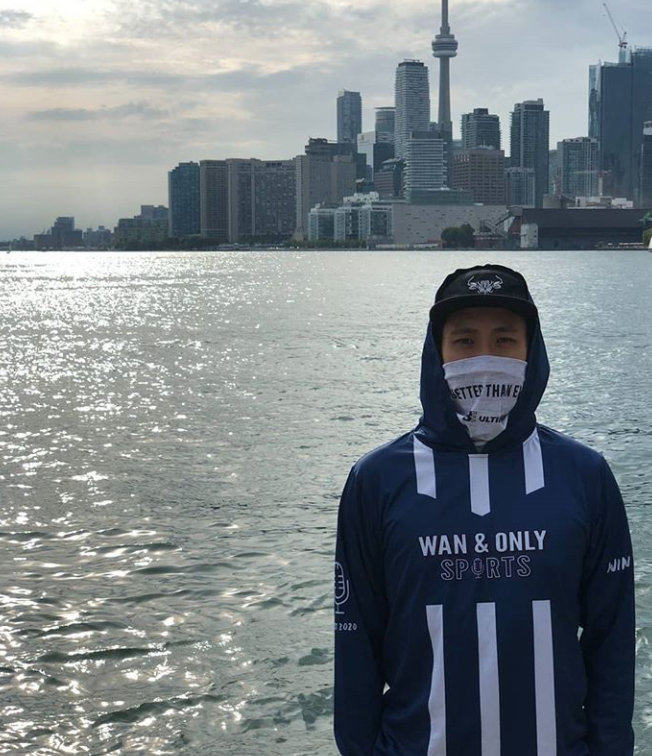 Our September Volunteer of the Month is Theo Wan!

Theo coached our west u12 programs in the Summer and Fall. His interest in coaching was spurred by his background as a former elementary school teacher.

Theo started touring in 2011 with ROY, and played with Toronto’s BOAT in 2015. For the past 4 years he has played with Maverick out of Kitchener-Waterloo, and has captained for two of those seasons.

His love for ultimate has seen him share that with others through his social media account and podcast with Wan and Only Sports.

We wanted to give Theo a special shout out as well, as he kept the ultimate community connected by running Friday night ultimate watch parties during the early parts of the COVID-19 lockdown. The streams included elite level coaches and players from the Toronto ultimate community walking us through their games. 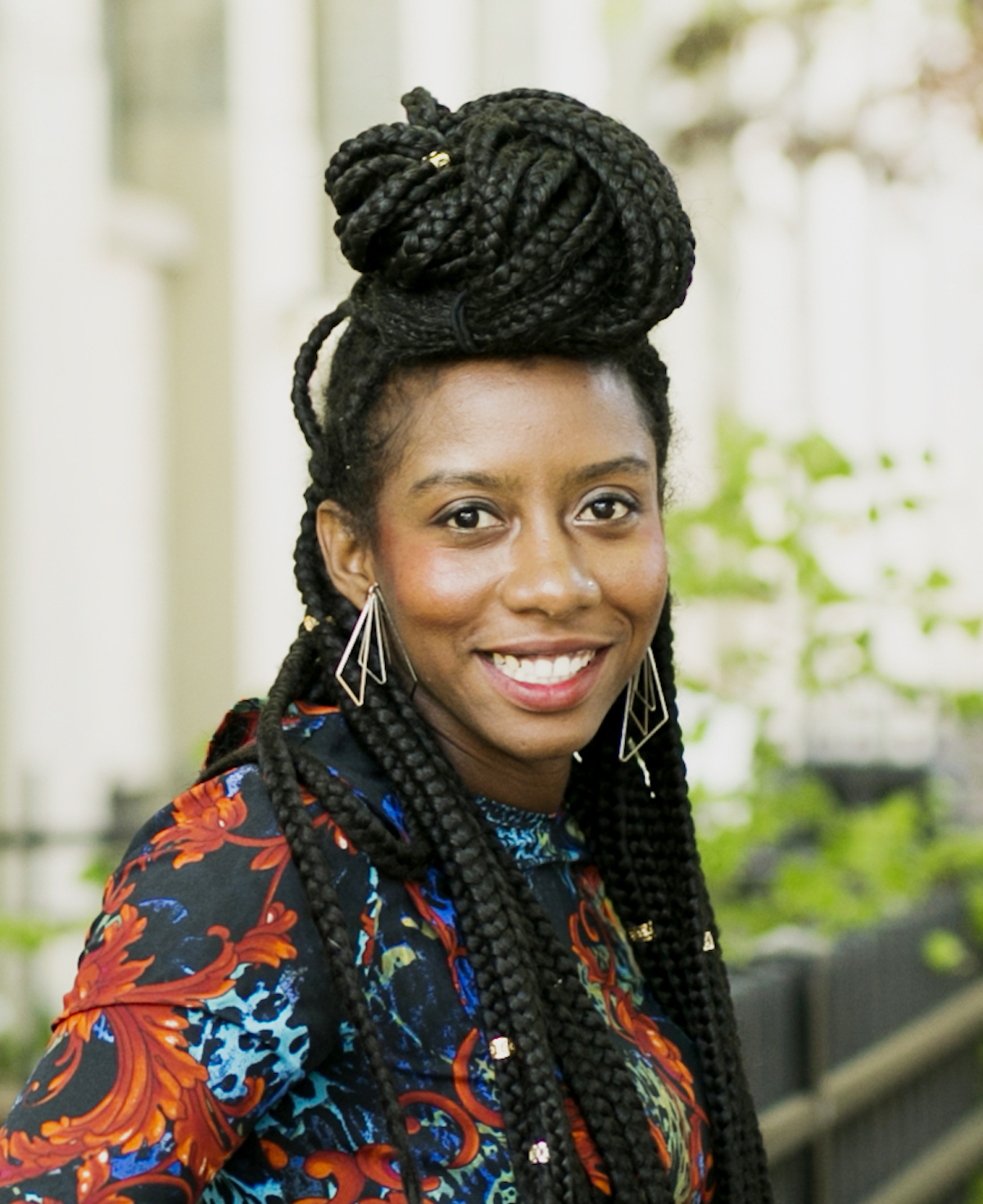 In the month of June, we’ve had limited opportunities for volunteering directly with TUC (for anyone looking back on this in the years that follow, it’s because of Covid).

But that doesn’t mean there aren’t TUC community members out there working to make our City, Country, and Sport better places to live and play.

We are thrilled to announce Hadiya “Dee” Roderique as our June 2020 Honoroury Volunteer of the Month.

Hadiya wears a lot of hats - former lawyer, doctor and researcher, podcast host, journalist, broadcast commentator, consultant, and nationally renown speaker on issues related to equity, diversity and inclusion. An award-winning writer, she is most well known for her viral piece “Black on Bay Street”, a cover story for the Globe and Mail, which outlined her experiences as a young Black woman working in a Bay Street firm.

Over the past two months, Hadiya has continued her work on those issues, taking part in a Speaker’s Spotlight Panel on Race, Equality, Justice and Hope.  She also led a Q and A for junior ultimate players on Race, and what we can do to make Ultimate more inclusive.

As an ultimate player, Hadiya has played for the club teams Lotus, Union and Capitals, making a number of appearances at CUC Nationals and USAU Nationals, and was the MVP of the finals in 2013 with Union. She was a long time player for Team Canada, captaining the Women’s beach team in 2011 and 2015, and winning silver medals with Team Canada Women’s Masters in 2012 and 2016. She also has experience coaching with the TULA women’s team and was the head coach of the U23 silver medal team in 2013. She served on the Board of Ultimate Canada for 8 years, was the first University Director, and sat on the Competition committee for close to 10 years. She's a long time TUC player and volunteer - she ran Women's league for a number of years, started the TUC women's intermediate tournament, and was a multi-season Parity league captain. 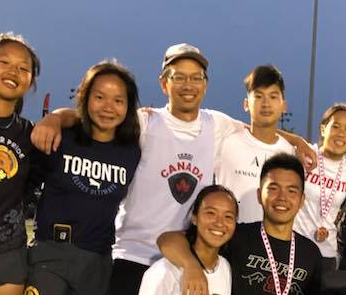 Having learned and played ultimate infrequently since high school, Chris Kam has played more regularly since he became a TUC member in 2011 in a failed attempt to lose his spare tire (Chris’ words).

In 2014, he picked up coaching entirely by accident, filling in at Agincourt CI as a favor, and fell in love with it immediately. In addition to being invited to other schools as a guest coach to help supplement their programs, he has been helping TUC juniors as well every year since then, quietly filling in wherever TUC needs a coach.

Chris also coaches junior touring teams, and travelled to CJUC in 2019 as support. For all of his accomplishments, his proudest are the juniors who've since graduated and inherited his love for the game, going on to become coaches and ultimate leaders themselves.

Despite not being on the field at this time, we are continuing to recognize our great volunteers! 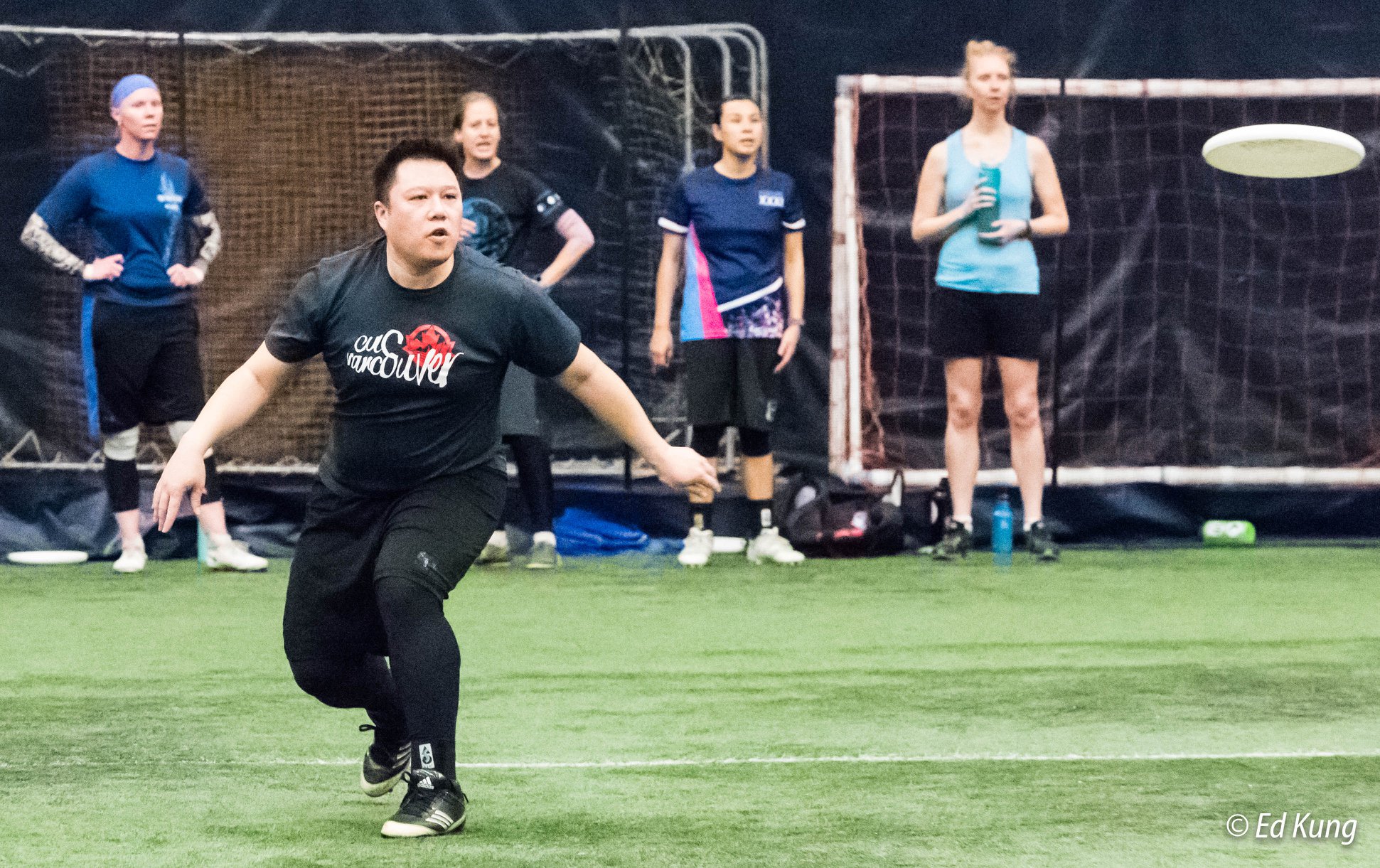 ​Have you played in our indoor Masters league any time in the past 4 years? If so, you have probably come across this great league volunteer.

Lawrence Wong is the masters league aficionado ensuring that it runs without a hitch every season. Well before the season starts, Lawrence is already recruiting his HAT league team captains. One league ends and immediately Lawrence is already running a draft for the next league the same night. Throughout the season, Lawrence is always on top of his scheduling and is quick to address issues that arise. He is exceptionally experienced when it comes to decision making and maintains a focus of fairness for all the players in his leagues. The Sunday Masters league is truly a staple of the indoor season and Lawrence has been instrumental in making it great.

In addition to his convener duties, Lawrence has a long-playing history spanning over a decade with TUC. Some of his most notable teams are Vertigo, Dumplings and Dories, Quick Dumpers, and Ultimate Warriors. 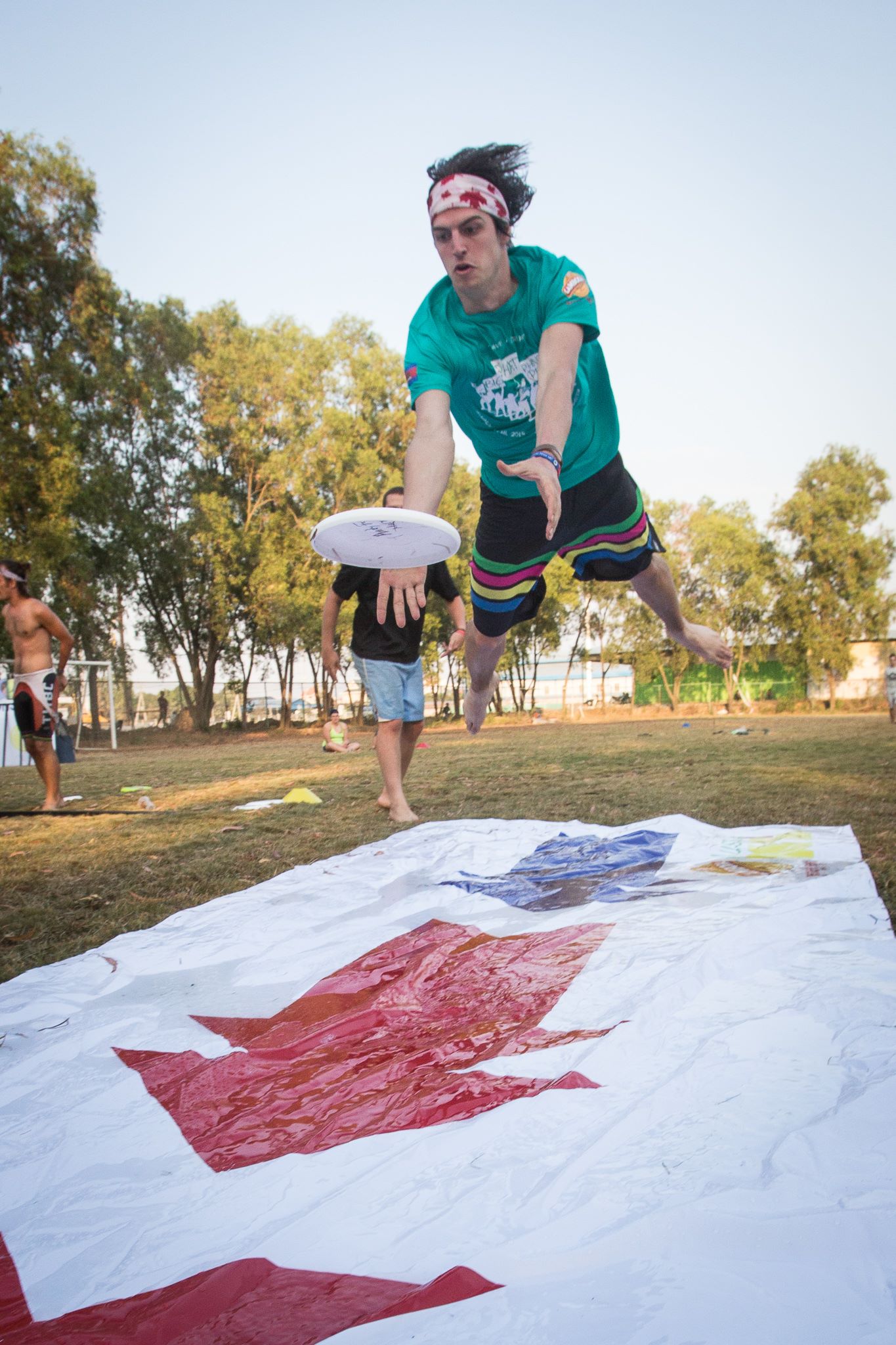 Wesley (Wes) Gardner is a TUC Board member and has been a community member since 2013, but this nomination was spurred on by his great work with the Thursday u19 league at Monarch.

As one of the other coaches put it “Wes is Mr Reliable”. Aside from the on field coaching, Wes can be counted on for logistics and making sure everything gets to the field.

Wes started coaching juniors in 2015 at Agincourt in the summer, then joined the U19 Thursday program that fall. He volunteered one more summer in Agincourt and has been with the Thursday Fall/Winter program every year since 2015. 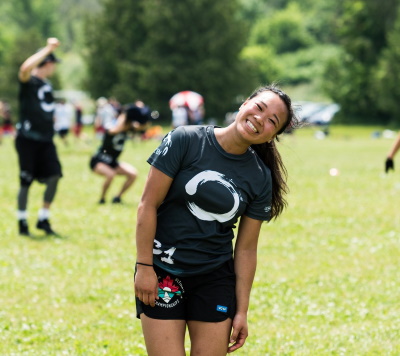 Sarah Lam, aka “Slam”, has been volunteering as a coach with our Thursday u19 league throughout our Fall & Winter Indoor seasons.

She’s been integral in lesson planning, and was the first to step up this year to plan a week on her own.

Sarah has been a TUC member since 2015, and she says that league nights are always something she looks forward to during the week. The past 2 summers (2018 and 2019) she has toured with the Toronto Mixed System.

"I have found so much joy in being able to compete, as well as build a community around ultimate (or a community that starts with ultimate, but extends beyond it!). My love for ultimate has only grown since I started playing, and even though I'm still learning a lot, I want to share what I know with those who are younger or new to the sport. I didn't get the chance to play ultimate in high school so I've been enjoying coaching juniors in the u19 program and helping them work on their skills.” 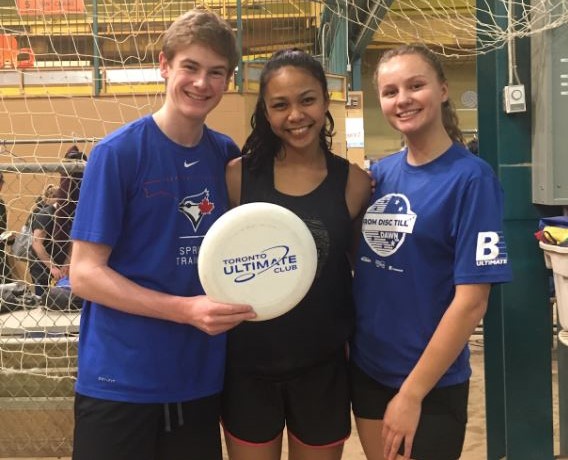 For January we wanted to show our appreciation for a trio of young volunteers who have been having a positive impact on the TUC community and our youth programs.

Jaden, Princess and Renata began volunteering alongside Coach Tom during our Fall Outdoor programs at Upper Canada College. After getting a taste for the coaching community, they continued to volunteer throughout our Fall Indoor season and beyond.

“I actually started playing ultimate because of school; Jaden and Tom convincing me that I can be better as long as I try”.   - Renata

“My first ultimate frisbee game was when I was 13 at my elementary school and I got more into ultimate in high school. Tom Meyer coached the Humberside ultimate frisbee team and introduced me to TUC. After 2 years of playing with TUC, Tom asked if I was interested in coaching the U10 program. Fortunately, I said yes because I had such a wonderful experience with the kids and it was great seeing them improve every week”. - Princess

“I first started playing ultimate when I was 10 years old. I tried out for the ultimate team at my elementary school, Runnymede Public School. I enjoyed playing for my school, so a few months later I signed up for a TUC instructional program and have been playing in TUC leagues ever since. I have also played with Elites programs and have been on the Havoc and Wild Toronto teams.” Jaden

I really enjoyed coaching the young 7-9 year old kids at Monarch Park this season. It would make me happy every week when I arrived, 2 boys would run up to me, scream my name and sometimes give me a hug.”

Interested to hear about volunteering opportunities? You can email volunteers@tuc.org to find out where you can help!