This August we see the return of the King and Queen format to the realm. Sign up as an individual and win the tournament as an individual!
We are searching for a new King and Queen of the Toronto Ultimate Club for 2014, as well as a handful of faithful to the crown Court Jesters. Will Mark Tran and Victoria Nguyen come back to continue their reign? Or will we see a new pair of Royals steal the crown?

The Midseason is open to TUC teams only. Whilst it was created for teams that are already participating in Summer League, we understand some players will be missing due to touring commitments, or because they play multiple nights. Mergers and new teams (provided everyone is a TUC member) are welcome.

2 Non-TUC players are allowed per team. Non-TUC players need to pay a fee of $25 to play. There is a separate registration page for them. Once one of your non-TUC players has registered, please contact admin@tuc.org to let us know which team to add them to.

The 2014 Summer Experience is our first big 2 day outdoor tournament for the year. Open to all teams, TUC or non-TUC, the Summer Experience competitive division is going to be a great event for all those new and old touring teams prepping for the home nationals this year in Waterloo.
The Intermediate/Recreational division will up for grabs again this year as we see a who's who of TUC league teams signing up. Will your team be one of them?

Following the Summer Kick Off Party, the Spirit Hat will be our first tournament in the sun for 2014, a moment we have all been waiting for! The tournament will run from 9am-4pm on May 24th at Sunnybrook Park. Sign up and be placed on a team with new faces eager to teach and learn all about Spirit Of The Game. There will be plenty of giveaways and prizes as always from our fantastic sponsors.

Introducing a new tournament to the Summer calender, hosted by Clevelands House Resort and TUC, the Lake Rosseau Ultimate Weekend! Located in Minett, Muskoka, 8 teams are invited to visit, stay and play in a tournament at the Resort during the weekend of May 31st and June 1st. If that wasn't incentive enough, Clevelands House Resort will be offering reduced lodging rates, a hell of a Saturday night party and prize money for the first and second placed teams! Check out the article for more details... 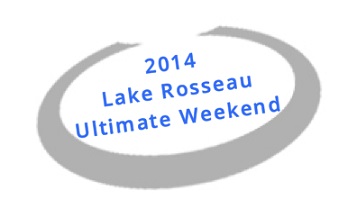 The Spring 4-on-4 tournament returns to Monarch Park for 2014 with an increased time limit. The tournament this year will be 4 hours long on 9 separate mini fields, which will raise the amount of play time for everyone (tentatively a minimum of 5 x 30 minute games).

The 2014 Women's Hat introduces the first TUC tournament for the year. Directed by Hadiya Roderique, the Capitals ladies will be hosting the afternoon of coaching and hat tournament games. This is fantastic opportunity for women of all skill levels to learn from the best Toronto has to offer. Sign up quick, so you can get that competitive edge for the Summer season! 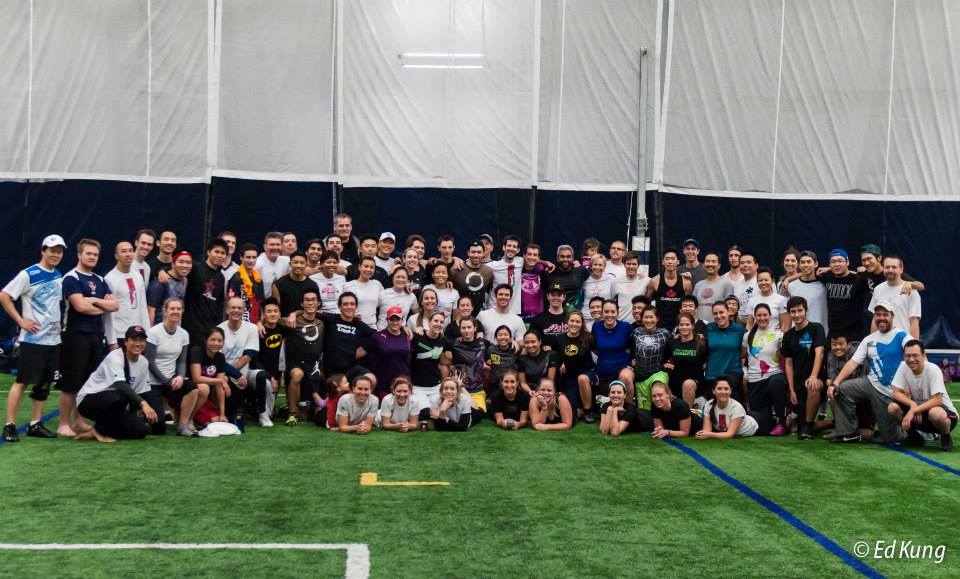 TUC hosted its annual Volunteer Appreciation Tournament on November 23 and we had a record attendance number! Check out the results here! Read further for more details about the event.

The 2013 Summer League Playoffs closed out the summer season with a bang, as 118 competed for the top spots. Check out this page for the final standings in all divisions and some pictures of the 2013 champions.

The August Hat returns for 2013 with a different format. Click for more details on how you can become a part of another first time tournament this year and score the ultimate bragging rights in TUC.

This year, the TUC August Hat will be host to a new format in Toronto ultimate. A King and Queen is a format that will decide the King and Queen of TUC!
The tournament consists of a number of rounds of games where new teams are randomly created for each round. At the conclusion of the rounds each player is given points based on the team result from each game they played in (win: 3, draw: 2, lose: 1). The male and female with the most points are crowned the King and Queen of the tournament, while the male and female with the least points are appointed the as the Court Jesters.

There will be some two of a kind individualized prizes for the two tournament winners and plenty more goodies up for grabs! Make sure you register to get your shot!