With the team cap of 27 reached, the 4-on-4 tournament had Monarch Park packed with Ultimate players of for a successful 3 hours of ultimate. Including teams from as far as Guelph and Oshawa, there was a great spread of skill level, ranging from new players all the way to Toronto and Waterloo's top touring and professional players. Split up into divisions of Elite, Competitive and Intermediate, there was a great showcase of ultimate as everyone adapted well to the 4-on-4 format quickly.

Battling it out from the start, knowing that only four out of four wins would make them champions, the amount of teams winning in double game point each round was impressive.

After the action players could retreat to Gabby's on the Danforth and wind down with some food and drink deals.

Winning players from each division were the first to get their hands on any gear featuring TUC's brand new logo. Check out the victorious teams and their new VC caps! 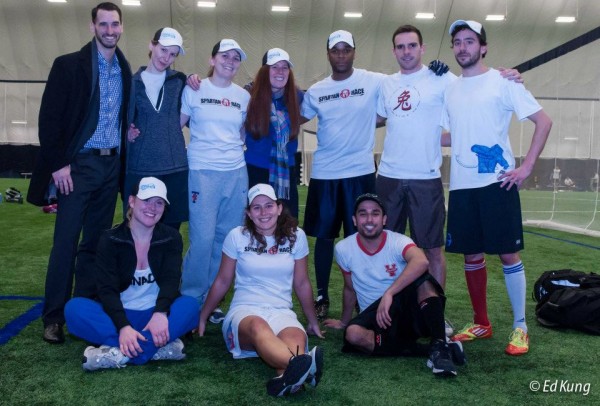 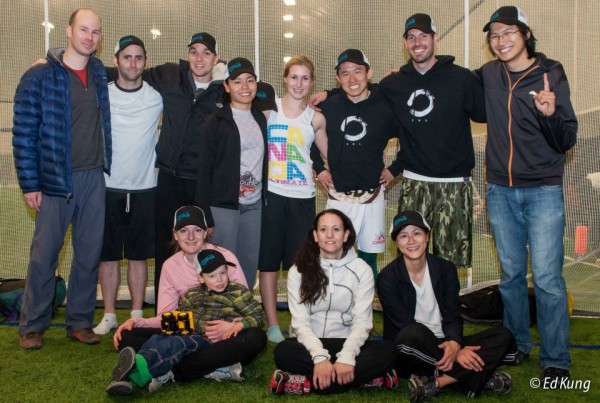 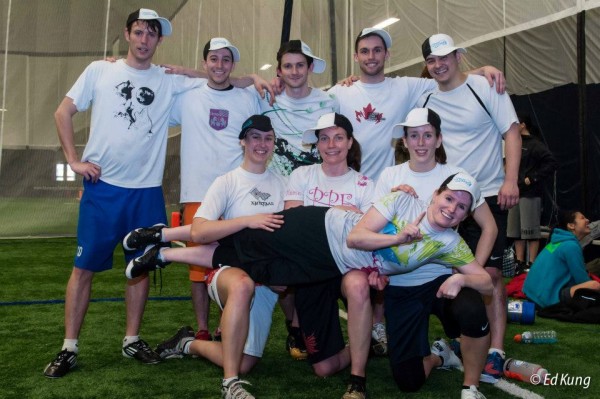 After last years success, the small field, fast paced mini tournament makes a return in 2013 as TUC's feature Spring Tune Up event. With even more field space acquired this year, start recruiting your team mates because this event is a must for teams of all divisions looking for a solid day of fun leading up to an exciting summer of ultimate.