2015 Volunteers of the Month 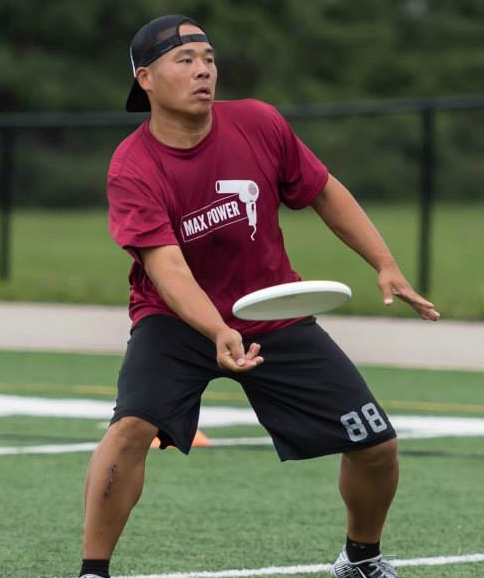 2015’s first Volunteer of the Month is none other than Jason Chan. J-Chan has done an excellent job as the stat keeper coordinator for the fall edition of Discraft TUC Parity League. While fielding volunteers is a big job in itself, Jason also has run into several challenges and scheduling issues that he’s handled exceptionally well. On top of rounding up volunteers, Jason also spends his Wednesday nights tracking some stats himself! As we’re sure last month’s VOM’s would tell you, we’re very lucky to have Jason helping out. Jason is a repeat winner of the Volunteer of the Month award, also taking the honour in September of 2009. Here’s to another five years! Thanks Jason!

Want to be a great volunteer like Jason? e-mail us at volunteers@tuc.org 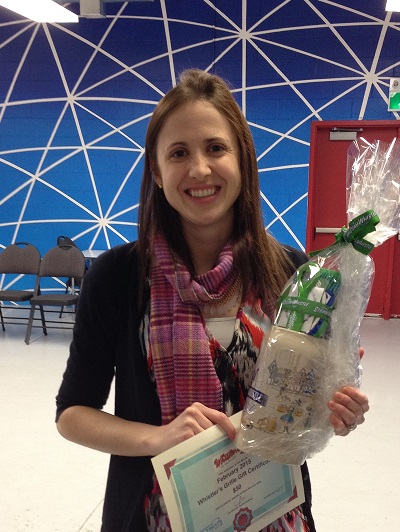 Kristen Diefenbacher is our February Volunteer of the Month! Kristen has been a board member since 2013 when she joined after serving as Social Director for the U23 World Championships. Over the past few months as Chair of the H.R. Committee, Kristen has put in long hours and spent time in many after-hours meetings recruiting and hiring the AEC as well as the incoming ED. She is also designing employee policies and manuals for our staff. Kristen is an active player and a captain of Fluid, a team currently competing in our Tuesday Intermediate league at Monarch Park. If you spot Kristen on the fields make sure to give her a high five and say thank you for all the hard work she does off of them.

Want to help out like Kristen? Shoot us an e-mail at volunteers@tuc.org 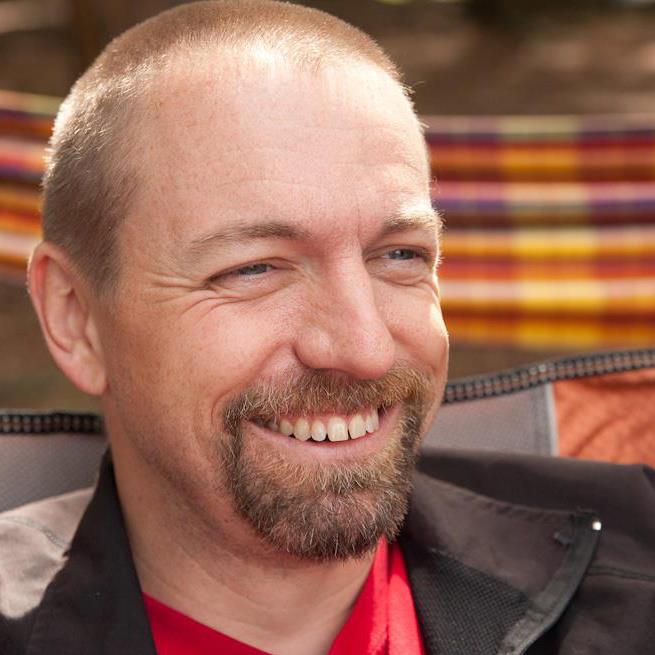 Greg Schmidt is our Volunteer of the Month for March 2015! Greg is the TUC Webmaster, and as such, we could probably find a reason to give this award to Greg any month of the year. In March however, due to Murphy’s Law, TUC’s servers had a complete failure on the opening day of the spring and summer league registration period. Greg quickly jumped into action and spent his entire weekend minimizing damage and restoring the website to a recent backup. Greg is also responsible for the return of the BBS module on our homepage, a great way to check out what’s going on at a glance. A long time Board member and our 2009 Volunteer of the Year thanks Greg for all of your hard work!

Want to be like Greg? e-mail us over at volunteers@tuc.org 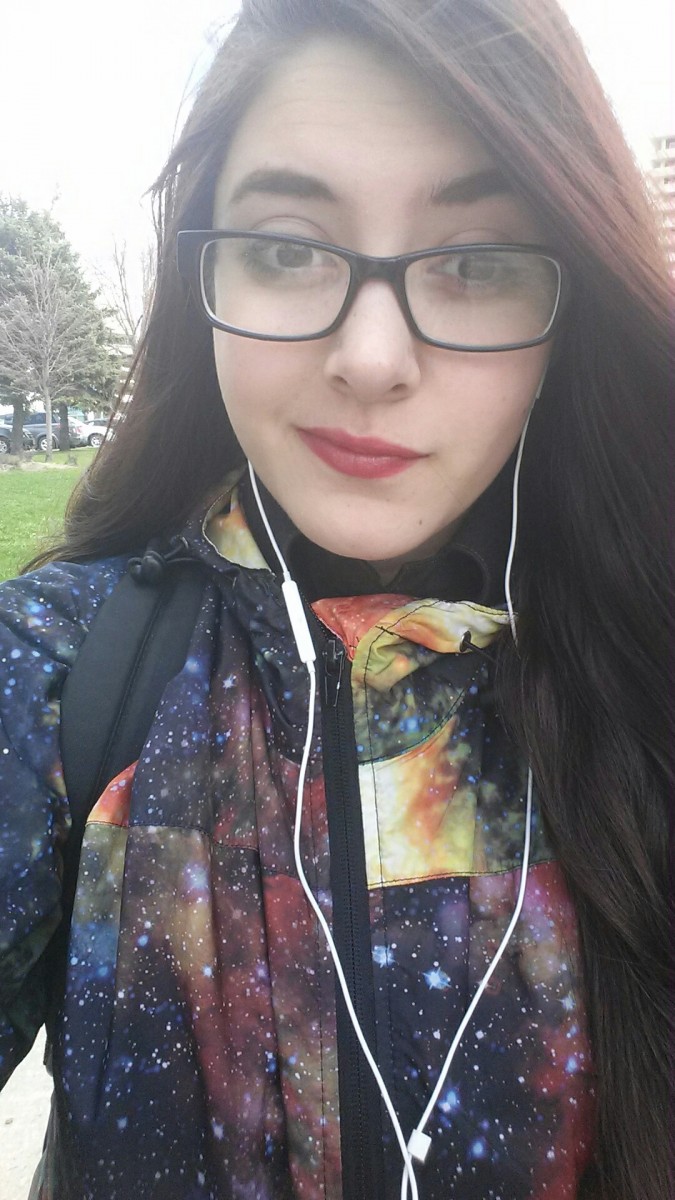 Our Volunteer of the Month for April 2015 is Rebecca Kukucska! Rebecca was a huge help during the Spring TuneUp 4x4 tournament, showing up early to help set up fields and staying late to help put things away. Rebecca also lent a big hand at the Catch the Spirit tournament earlier in the year where she once again arrived early on both days to ensure that the event ran smoothly. Rebecca went above and beyond her duties at Catch the Spirit and is responsible for many of the pictures from the event that are proudly displayed on our facebook page. Thanks Rebecca for all your hard work so far in 2015!

Want to be a great volunteer like Rebecca? e-mail us at volunteers@tuc.org 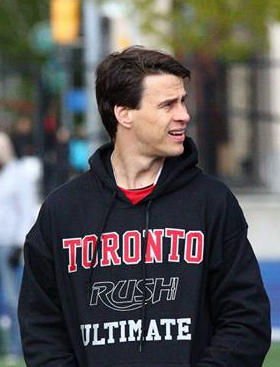 Scott "SHooter" Hastie is the TUC volunteer of the month for May! Scott is the head coach of Toronto's elite open touring team, GOAT as well as the assistant coach of the Toronto Rush. Early in the month, Scott put in a full day of work helping to take down the Monarch Park Stadium dome. He also managed to recruit 17 professional athletes to join him in doing the same. In March, Scott represented Canada in the Mixed Masters division at the World Championships of Beach Ultimate, bringing home a silver medal. A mainstay on Hot Cousin and The Shepherds we would like to thank SHooter and all of GOAT for their hard work this month. Good luck in Winnipeg!

Want to help out like Scott? Drop us a line at volunteers@tuc.org 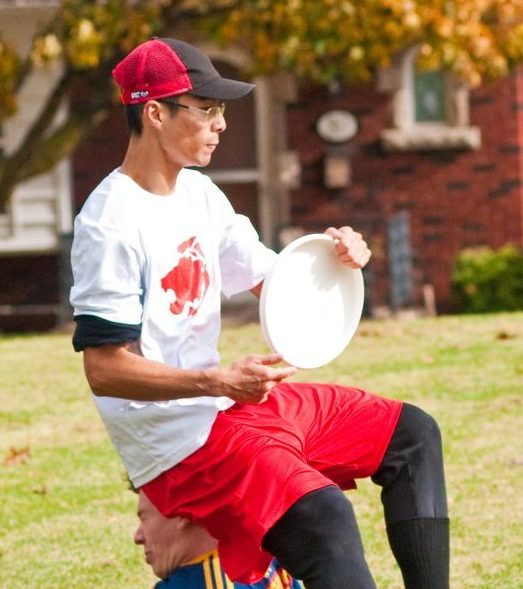 Mark Tran is our June Volunteer of the Month! Mark is a TUC Board Member who has been putting in a lot work helping to ensure that TUC events run smoothly. On top of his duties as a board member, Mark was a HUGE help at the Captains Meeting, making sure that captains both new and old are up to speed. Mark is spending his summer competiting with NoBS in our Thursday Competitive League, as well as on the Canadian touring circuit. Mark also served as a Spirit Mentor at our Spirit Hat Tournament in May, helping to ensure that Spirit of the Game continues to be a defining element of our sport. Thank you Mark for all of your hard work!

Want to be an awesome volunteer like Mark? E-mail us at volunteers@tuc.org 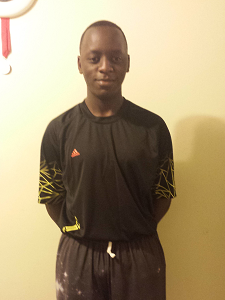 Saleh Mohammed is our July Volunteer of the Month! Saleh has been a huge help all summer long by volunteering his time at TUC tournaments. At the GATORADE Midseason Classic, Saleh arrived early on both days and was one of the last people out of the park. It was thanks to Saleh that nobody went thirsty at Midseason as he was entrusted with monitoring and maintaining water supplies at all fields. This fall make sure to watch out for Saleh tearing up the stat sheets in TUC Parity League! Thank you for all of your help, Saleh!

Want to be a great volunteer like Saleh? E-mail us at volunteers@tuc.org 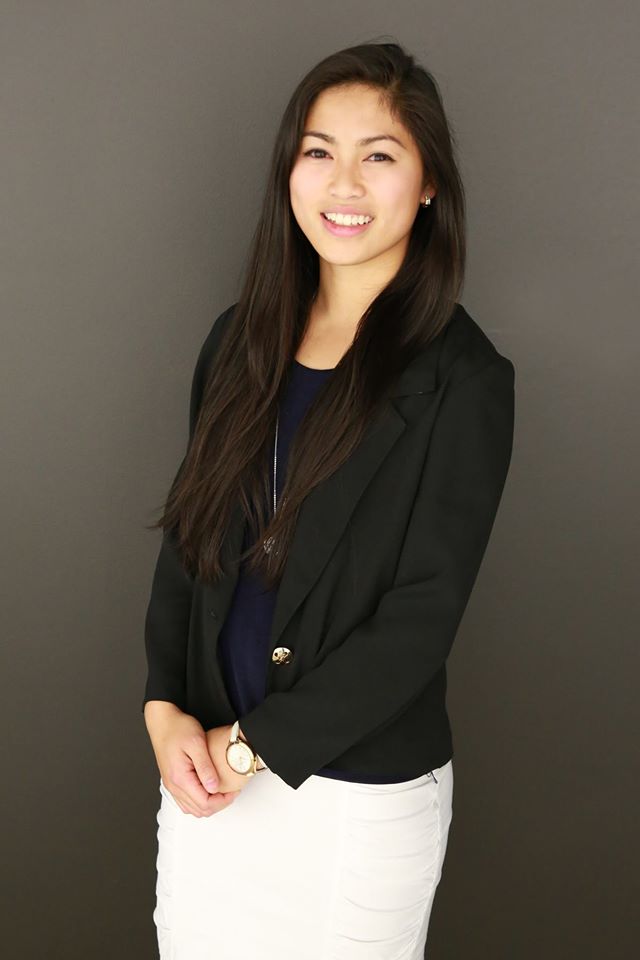 Our Volunteer of the Month for August is Alyne Azucena! Alyne has been a huge help this summer taking on the responsibilty of coaching the Toronto Youth Summer League on Wednesday nights at Crestwood College. Alyne is a captain on Pistol Shrimp and when she's not playing with them, you can find her subbing almost every night of the week! On top of all of her volunteering and league commitments, Alyne also spent the summer as a member of the women's touring team Lotus. Thank you Alyne for all your hard work this summer!

Want to be a great coach like Alyne? drop as a line at volunteers@tuc.org 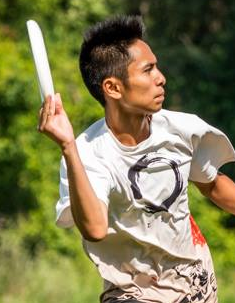 Bill Banaag is our September Volunteer of the Month! "Old Bill" was a piviotal volunteer at the GATORADE Summer Playoffs, arriving before 7am and not leaving until the very last cone was packed away on BOTH days! You could find Bill all over the place at Sunnybrook Park; refilling water, helping record scores, setting up fields, and winning the Thursday Intermediate/Recreational Tier 2 championship with Force Lions! In his spare time, Bill competes with Zen, one of Toronto's mixed touring teams. Bill joins a long list of past and present Zen players to be named Volunteer of the Month. Thanks Bill!

Want to be like Old Bill? Drop us an email at volunteers@tuc.org 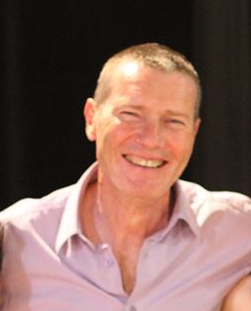 Gerald Feeney is our October Volunteer of the Month! Gerald had served as the President of the Board of Directors since late 2014 and has lead the club through a transition which included a complete office staff turnover. Gerald has been playing ultimate since 1992 and his experience will be greatly missed by the organization. This past summer, Gerald coached the Natural Born Flickers in our Monday East league and has been with the team for as long as our records go back (2007)! Thank you Gerald for all of your help!

Want to get more involved like Gerald? e-mail us at volunteers@tuc.org 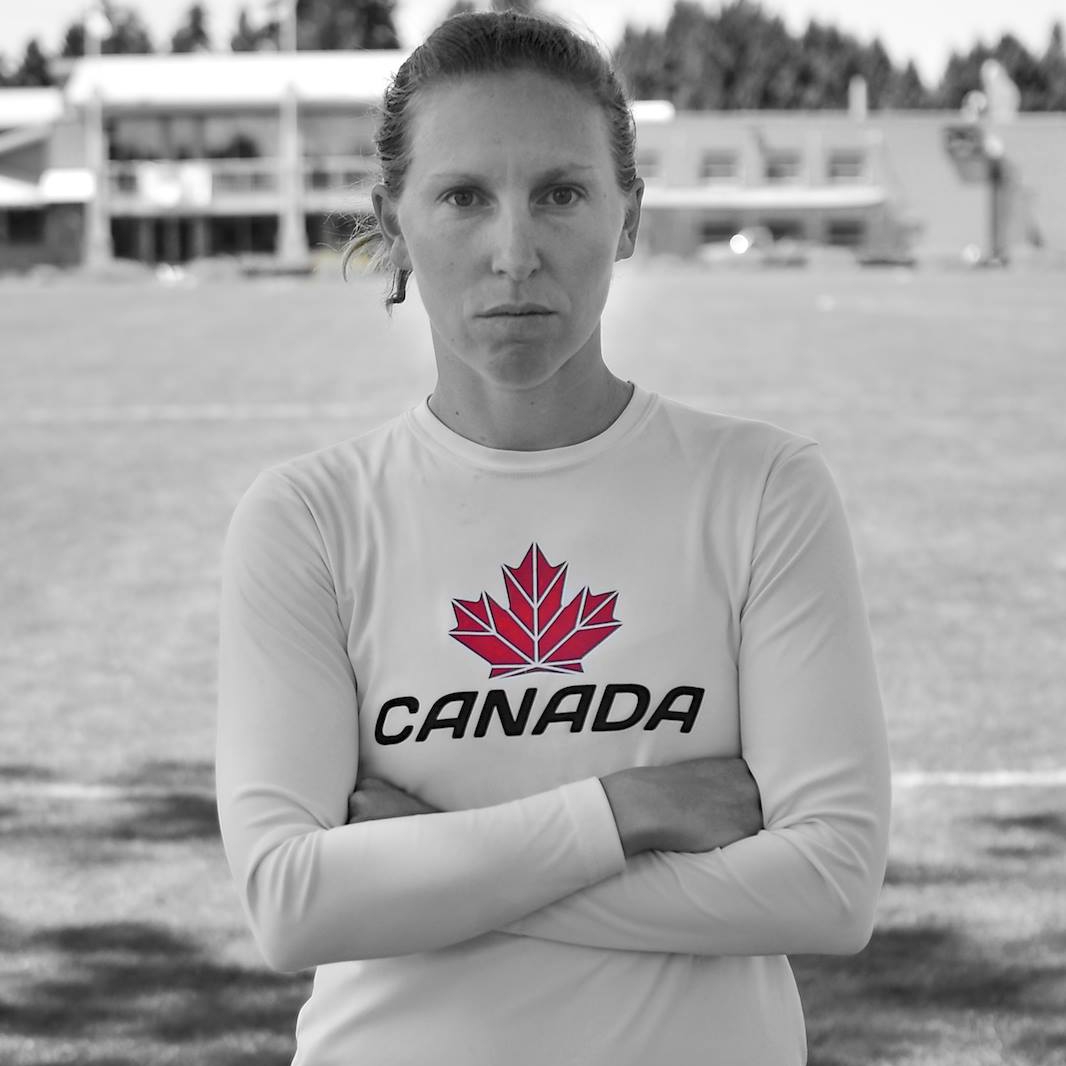 Our volunteer of the month for November is Carla DiFilippo! Carla over the past few years has become one of the most influential people in Canadian ultimate, especially at the juniors level. Recently, TUC has entered the planning phases of the first ever juniors "house league". Carla has championed the league and sought out top level coaches to help ensure the success of the league and the growth of Toronto. Carla has also been instrumental in aiding the new MMS in his transition. The head coach of 2014 junior national champions TORO and the head coach of Team Canada for the upcoming 2016 World Junior Ultimate Championships. Thanks Carla for all your hard work!

Want to get involved with juniors ultimate in Toronto? contact us at volunteers@tuc.org 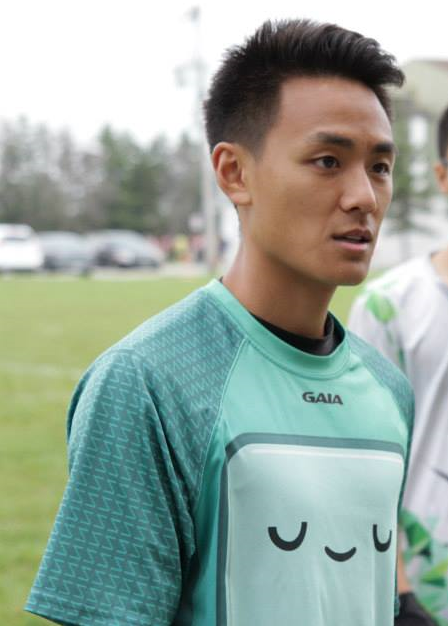 Kevin Lee is the Volunteer of the Month for 2016! Kevin is a long time TUC member, team captain and volunteer. In December, Kevin was a huge help to the new MMS, sharing his wealth of knowledge over numerous e-mail chains and phone conversations. KPL is an incredibly consistent and reliable volunteer and always answers the call when we're in need of help. Kevin has also spent several years coaching his former high school's ultimate team and is at least partly responsible for the development of several fresh faced university stars! Thank you so much Kevin for all that you do!

Want great hair like Kevin's? e-mail us at volunteers@tuc.org