2014 Volunteers of the Month Matt Kirk, Warren Tang and Norm Lew are our first ever joint Volunteers of the Month. These three Union-ites affectionately known as "The Watchmen" for the fifth season of Parity League are the driving force behind TUC's most popular league. Anyone who has played in TPL knows how much time goes into stat keeping, trading and smack talk on the BBS. These three guys do a fantastic job of number crunching and making it super exciting for the rest of us on top of the regular league convening duties. Make sure to give them a massive hi-five when you see them next!

TUC thanks The Watchmen for their time and labour. We would like to award them with two $50 gift vouchers to Whistler's! Wanna help out like Matt, Warren and Norm? Email us at volunteers@tuc.org. 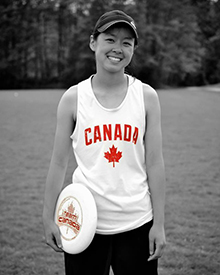 Jessica Chen is our 2014 October Volunteer of the Month. Jessica came to our aid (and yours!) by committing two full days, 8am to 6pm to the Monarch Park Dome setup. After a rain out delay, we were very lucky volunteers like Jessica came along for the make up day and putting in the hard yards. If you see her around, please thank her for the dome that you will be playing in all indoor season!

TUC thanks Jessica for her time and labour. We would like to award her with a $50 gift voucher to Whistler's! Wanna help out like Jess? Email us at volunteers@tuc.org. 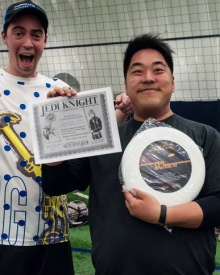 Carter Chin is our 2014 September Volunteer of the Month. Amidst all the chaos that was the rain out and rescheduling of Playoffs, Carter was shining light for us on both weekends. He helped out as a full time volunteer for both playoffs days and the all star challenge, whilst managing to win his division and take the spirit title with Blackout. Carter is a strong volunteer and a joy to have around as he instantly cheers everyone up he comes into contact with (or reaches across the fields with the megaphone he 'acquired' from TUC).

TUC thanks Carter for his hard work at playoffs and we would like to award him with a $50 gift voucher to Whistler's! Wanna help out like Carter? Email us at volunteers@tuc.org. 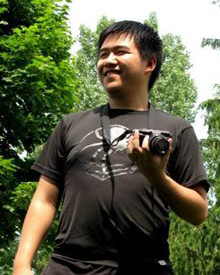 Alan Cheung is our 2014 August Volunteer of the Month. Alan was the head coach for the Agincourt Toronto Juniors Summer League for 2014. He put in a great deal of time and effort over his summer to help out a large group of up and coming ultimate players. Alan had more than 80 players in his division and was a very reliable coach from both behind a disc on the field and behind his computer doing admin for the league.

This is also not the first time Alan has helped the club out! He has been a long time volunteer with us, earning volunteer of the month back in 2011!

TUC thanks Alan for his hard work across the summer and we would like to award him with a $50 gift voucher to Whistler's! Wanna help out like Alan? Drop us a line at volunteers@tuc.org 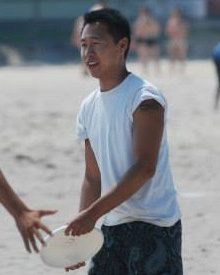 Kenny Ye is our 2014 July Volunteer of the Month. Kenny put in some long hours on both days of the Midseason Classic this year, together with his team mates on Bulldogs. He was a very reliable volunteer who took initiative on all of his duties will minimal direction and management all day. Often times we would look for the golf cart to do a water run, only to see Kenny driving down the hill with a tray full of refilled bottles on his way to the fields, he was on the ball! We would also like to give a special shout out to the rest of the volunteer crew at the Midseason as they help to make it a very smooth tournament this year.

TUC thanks Kenny for his hard work and time at the Midseason, so we would like to award him with a $50 gift voucher to Whistler's! Wanna help out like Kenny? Drop us a line at volunteers@tuc.org 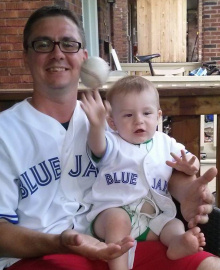 Cory Lamothe is our 2014 June Volunteer of the Month. Cory is one of the TUC's own fantastic board members and has been recently re-elected for his second term as Secretary. As Secretary, Cory is responsible for taking minutes at all board meetings, as well as Treasurer duties and chairing the finance committee. Cory is a very active board member who has been working tirelessly of late, assisting with staff hiring, working with legal council and creating a number of reports and communications for the TUC review engagement with our auditors.

TUC thanks Cory for all his behind the scenes hard work and time, so we would like to give him and Brayden a dinner at Whistler's with a $50 gift voucher! Wanna be a great volunteer like Cory? Drop us a line at volunteers@tuc.org 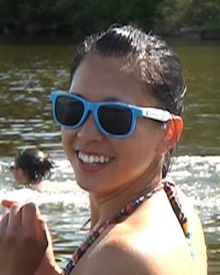 Danielle Leung is our 2014 May Volunteer of the Month. Stepping on the field with Zen this year, Dani has followed in many other Zennies footsteps by working hard on the field and off it for the club. She was a big part of the team that spent hours putting together all the captain's packages for the captain's meeting so everyone could receive a new disc in time for summer. Dani then later joined in an arts and crafts session that because the Spirit Hat jerseys! You can also thank her for the design of the two logos seen on all of the shirts.

After winning MVP at the Lake Rosseau Ultimate Weekend, Dani will be looking continue her performance on to the Summer Experience soon, congratulate her when you see her!

TUC thanks Dani for her hard work and time. Wanna be a great volunteer like Dani? Drop us a line at volunteers@tuc.org 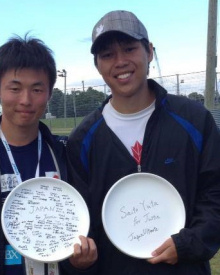 Justin Fok is our 2014 April Volunteer of the Month. Justin has become one of our most consistent tournament volunteers. He not only helped out a great deal during the April 4on4 Tournament but he has been to almost everything over the last year. Justin put in a crazy amount of hours at U23's last summer, helped with playoffs, the 2014 Catch The Spirit high school tournament and more. He is very reliable when it comes to score reporting and schedule changes, and is the go to volunteer to hold down HQ when we are busy on another field.

TUC thanks Justin for his hard work and dedication. Wanna be a great volunteer like Justin? Drop us a line at volunteers@tuc.org 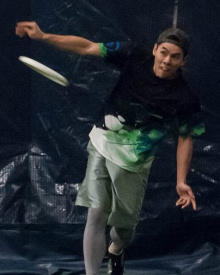 Shawn Huynh is our 2014 March Volunteer of the Month. "Huynhsanity" exploded as a player over the last year, participating and dominating in almost every league TUC has to offer. Shawn has now decided to take his skills and pay it forward through Juniors coaching. He has been doing a fantastic job and is a great example of a skilled, competitive and spirited player for the juniors to learn from. Watch out for the next batch of players coming up from the teen leagues, they have a hell of coach!

TUC thanks Shawn for his efforts every week. Wanna be a volunteer like Hyunhsanity? Email volunteers@tuc.org to get involved! 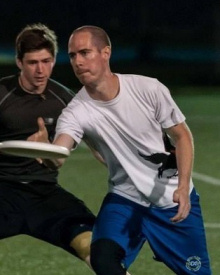 Rhyin Newell is our 2014 February Volunteer of the Month. Rhyin was a huge help to the club, coming along to work the high school tournament Catch The Spirit on the 27th and 28th. Rhyin was there early for set up and one of the last volunteers to leave on both days. He took charge of the main field both days, time keeping, score keeping, and a little bit of coaching where needed. Rhyin was completley on top of all tasks the whole time.

TUC thanks Rhyin for his efforts through out the tournament. We would also like to send out a special thanks to our other volunteers, Mark, Thomas, Justin, Jason, Jenn, Krista and Chris. Wanna be a volunteer like the Catch The Spirit team? Drop us a line at volunteers@tuc.org 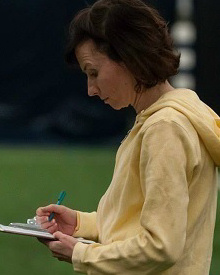 Catherine Brooks is our 2014 January Volunteer of the Month. Cat has become well known around all the Parity players as a strong, organized and committed volunteer as well as a bit of a savior at times. Cat took over the TPL stat keeping for the Fall Indoor season, contacting and fielding at least 2 volunteers per game every week, as well as doing it herself. Ask any of the GM's, past or present how big of a job this is and you will quickly learn how lucky we are to have Cat helping out!

TUC thanks Cat for her hard work and dedication. Wanna be a great volunteer like Cat? Drop us a line at volunteers@tuc.org