July 13 and 14 were incredibly hot days, a surprise to all considering the floods that were happening the week leading up. Yet, all 20 teams braved the heat to duke it out in the 2013 Midseason Classic. Some teams, flocking to the shade in the trees between their games, some brought their own tents, and some got caught in the cross fire that was the tournament HQ water fights. After getting dunked with ice water and shot with super soakers, day 2 saw some teams bring their own water guns and get revenge on the tournament crew. 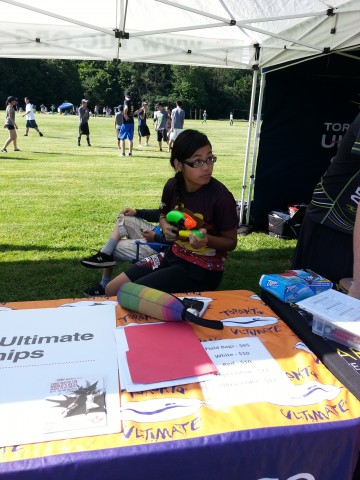 The intermediate division had some very close pools. This was evident by the team which came into the playoffs ranked last only lost all of their pool play games by one point for each game.

The story of the intermediate division however, was Lithium and their comeback. After finishing third in the pool, with losses to Abcde and The Deucicorns, Lithium made it through their quarter final handily only to face Adcde again. On Saturday Lithium had lost this match-up in universe point. There was sweet redemption however, as this time the game went the other way 11-8. Lithium then met The Deucicorns again in the final and showed their depth when they took their second redemption win and the final, 12-4. They were rewarded for their efforts with an ice cold case of Steam Whistle beer. 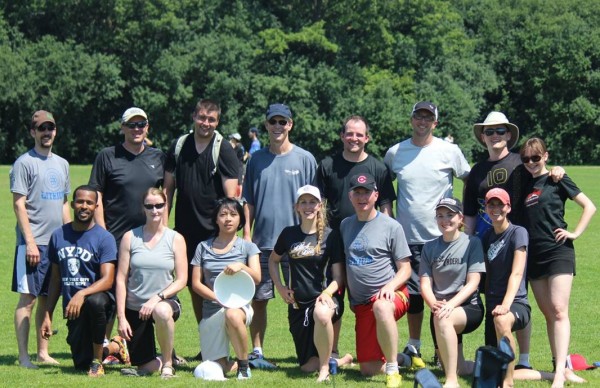 In the competitive division, Slam Dunks had a clean sweep, winning every game decisively. Going 3-0 in pool play, Slam Dunks took the first seed into playoffs with a point differential of +26. On the other side of the bracket, Nor'Easters were close behind them coming in second with +25.

Nor'easters had a upset loss to Goin' Down The Road in Quarters, 9-8, after beating them in pool play 12-7. The overall fourth seed, Sugoi, then took out Goin' Down The Road, tired from their tough quarter final against Nor'Easters.

The Slam Dunks vs Sugoi final was a tight game up until half at 8-6, where Slam Dunks put their foot down with 15 minutes left to finish it off 11-6. Both teams were able to enjoy a Steam Whistle beer together and a few more water tanks emptied on their heads. 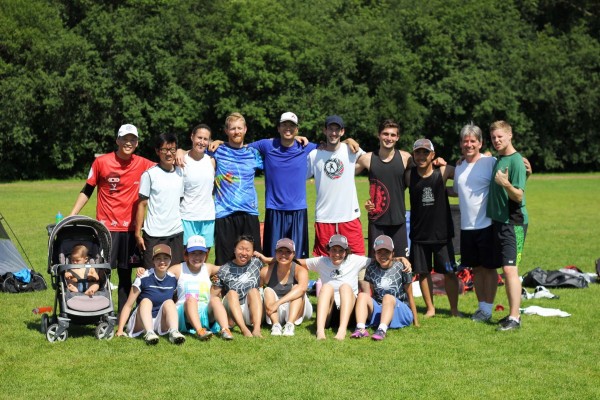 Abcde are your 2013 Midseason Spirit winners. Congratulations Abcde for having a strong showing at the tournament and having high spirit. Special mention to Nor'Easters and The Fifth Element who also had exceptional spirit scores. 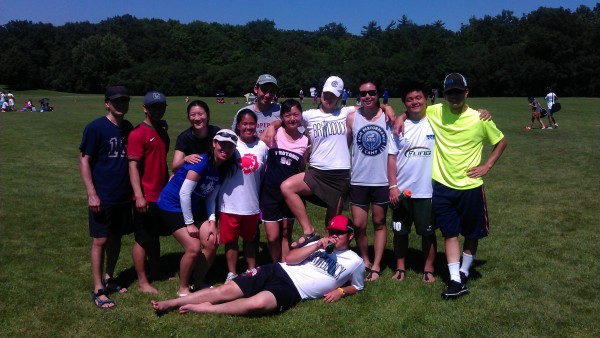 Please note, the 'non-TUC individuals' registration is not a hat team registration. It is for NON-TUC players joining an existing team by captain invite only.

The Midseason Classic is a great opportunity to play teams from different nights and truly find out who is the best in all of the Summer Leagues. It is also a good chance to register your Summer League team to get in some tournament experience together. This marks the rough halfway point for the leagues and it will be great preperation for the Summer Playoffs.

The Midseason is open to TUC teams only. Whilst it was created for teams that are already participating in Summer League, we understand some players will be missing due to touring (clashes with Regionals), or because they play multiple nights. Mergers and new teams (provided everyone is a TUC member) are welcome.

2 Non-TUC players are allowed per team. Non-TUC players need to pay a fee of $25 to play. There is a separate registration page for them. Once one of your non-TUC players has registered, please contact admin@tuc.org to let us know which team to add them to.

Sunday Showcase Game: Stefan Rappazzo, ex-Grand Trunk captain, now living on the Gold Coast, Australia, is returning to Toronto as coach for the Australian U23 mixed team. Stefan and the Bluebottles are the first U23 team to arrive in Toronto and are looking for a warm up game on the Sunday morning of the tournament. If you are a comp level player and would like to represent Canada in this game please email Jack on admin@tuc.org expressing your interest. 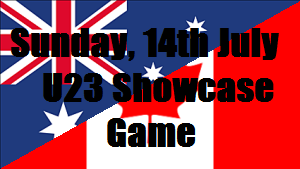 In the past the Midseason Classic has been free. This year however, we need to charge a nominal team fee just to cover the rising field costs.